In 2019, in honor of the 25th anniversary of the TECO-FILTER enterprise, the administration of the Togliatti city district handed our company a certificate for conscientious work and ensuring high quality of manufactured products.

Also, in honor of our anniversary, representatives of the Chamber of Commerce and Industry of Togliatti awarded a diploma for their active participation in the CCI to create conditions for supporting small business, ensuring the stability of the socio-economic development of the city. 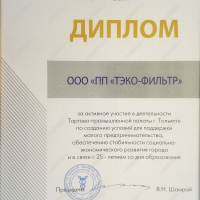 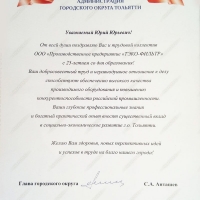 On the eve of the company's 22nd birthday, Yuri Bazhenov, General Director of TEKO-FILTER, was awarded a certificate of Honor from the Ministry of economic development, investment and trade of the Samara region. 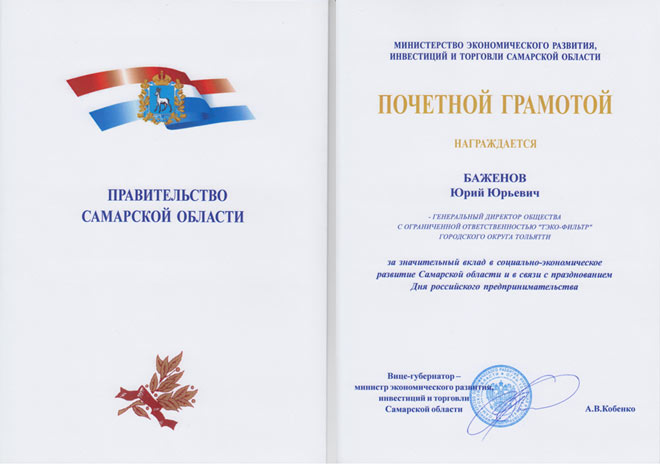 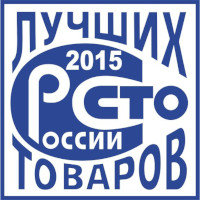 Probably, each of us is familiar with the badge of the competition "100 Best Goods of Russia", which is often placed on the packaging of products of Russian producers. The program "100 best goods of Russia" began its operation in 1998. The past 18 years have confirmed that the program is needed, it is informal and gives its results. Buyers of products already pay attention to the badge, which indicates that these products differ in quality from another. In 2015, for the first time, we decided to nominate the “veteran” of our production - the filter element of the first performance for the title of Laureate.

The competition was held in two stages: regional and federal. Our products have earned the highest ratings from the regional commission and have been put forward at the federal stage. At the end of the federal stage, after summing up, a Declaration of Quality was signed, in which our Company committed itself to "ensure the stability of quality indicators and maintain a high level of consumer product characteristics."

The Regional Quality Commission decided to award Yuri Yurievich personally with the Honorary Badge of the Program "For Achievements in the Field of Quality". Considering that the professionals of our Company ensure the high quality of the equipment manufactured, and, as a result, the quality of life in general, we are entitled to award the employee of the company with the “Excellence in Quality” mark. 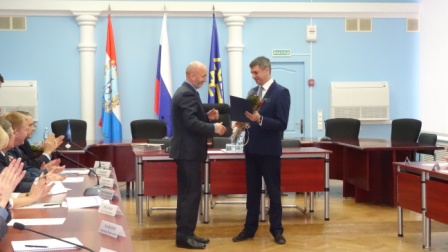 Victory at the National Prize 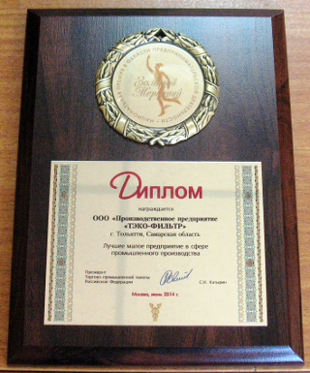 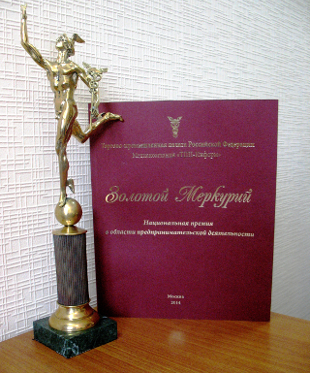 A golden figurine of Mercury, the patron of crafts and commerce, was presented in the Chamber of Commerce and Industry of the Russian Federation to Yuri Yurievich Bazhenov, Director General of the TECO-FILTER Production Enterprise.

The company won the Golden Mercury National Entrepreneurship Award in the nomination "The Best Small Enterprise in the Field of Industrial Production."

About the Golden Mercury National Award

The Golden Mercury National Business Award was established by the Russian Chamber of Commerce and Industry in 2002. It focuses on encouraging the most successful small businesses with up to 100 employees and exporting companies.

The main nominations of the contest:

The competition was held in two stages:

The winners of the competition were determined by the National Expert Council. The best enterprises received awards: diplomas of the RF CCI, Golden Mercury figurines and valuable prizes. There is another advantage for the winners and laureates of the competition: they are given the right to use the Golden Mercury emblem, which confirms the high quality of the products and services.

The award is aimed at identifying and promoting the most successful small businesses that produce competitive products.

The competition provides an opportunity to see the best samples of products and services, advanced domestic technologies, modern models of companies, helps strengthen the best traditions of Russian entrepreneurship.

Winning the competition allows enterprises to declare themselves at the national level, gain recognition and well-deserved trust in business.

The presentation of the award took place in a solemn ceremony June 9, 2014 . The venue was the World Trade Center. 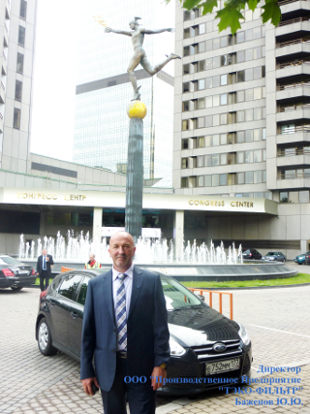 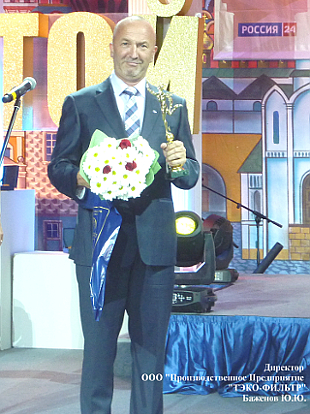 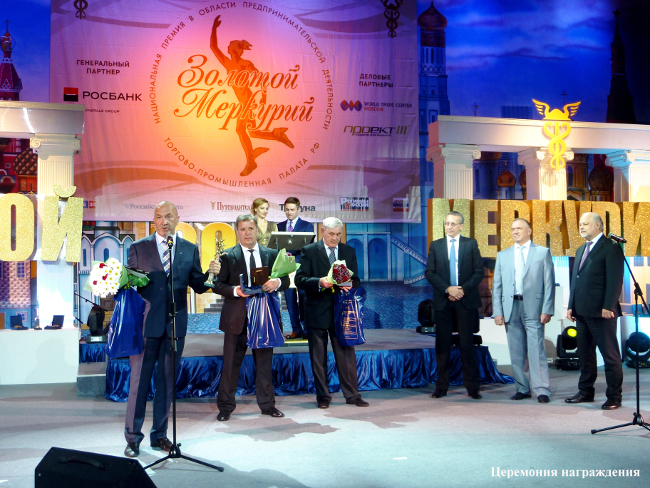 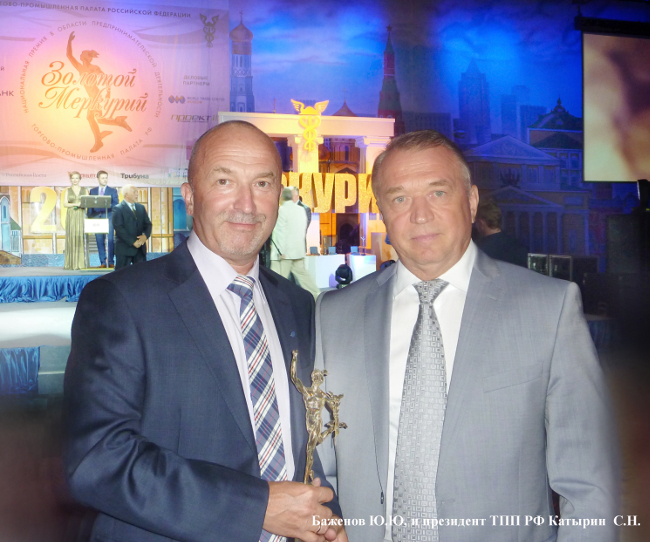 Two companies of our city of Togliatti became laureates and diploma winners of the 7th Golden Mercury - 2009 competition in the field of entrepreneurship. "TEKO FILTER" Ltd. is one of them.

The contest "Golden Mercury" was held for the seventh time. The award aims to give a new image to business development in Russia based on the best traditions of domestic entrepreneurship. This competition is an important component of the Federal program of state support for small business. It is held by the RF CCI with the support of the Council of the Federation of the Russian Federation, the Ministry of Economic Development, the Ministry of Regional Development of the Russian Federation and the Fund for the Promotion of Regional Development.

Golden Mercury is the only officially registered competition of Russian business enterprises in Russia, patented in accordance with the law.

First of all, our company became the winner of the Golden Mercury regional contest. And already three weeks later, on June 17, the general director of  "TEKO FILTER" Ltd.  Y. Bazhenov, stood on the stage of the Moscow Chamber of Commerce and Industry on Krasnopresnenskaya embankment and received an award from the president of the Russian CCI - E. M. Primakova. "TEKO FILTER" Ltd. became the laureate of the Golden Mercury All-Russian competition in the nomination "The Best Small Enterprise in the Field of Industrial Production". We participated in this competition for the first time. All in all, at the federal level in 2009, after the regional selection, the All-Russian Golden Mercury contest received more than 250 applications from companies from all over Russia. The award ceremony was attended by members of the Council of the Federation of the Russian Federation, the State Duma of the Federal Assembly of the Russian Federation, heads of the Presidential Administration, ministries and departments of the Russian Federation, RF CCI and territorial representatives of business associations, public organizations, and regional media. The winners in writing were congratulated by the President of the Russian Federation - D.A. Medvedev. The appeal stated that for the Russian business community this award is a symbol of professional success and public recognition. Among the winners of the competition this year are small enterprises with high management efficiency and the use of modern technologies for the production of goods and services. And, just as importantly, high social responsibility.

Our awards are: Golden Mercury diploma and medal. 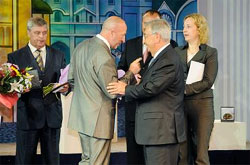 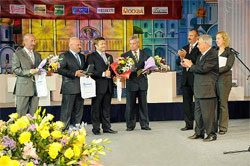 Congratulations to all the employees of "TEKO FILTER" Ltd. with a well-deserved victory! 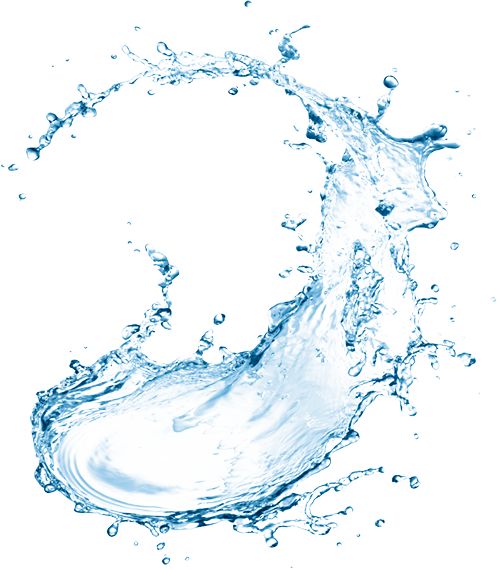